In the 80s during the political and economical crisis in Georgia, the Hall was closed for ten years. In the second half of the 90s, under the initiative of Prof. Manana Doidjashvili, the present Rector of the Tbilisi State Conservatoire, the Hall was refurbished to a very high standard again. Since 1997 the Hall has acquired the reputation of one of the major cultural centre of the capital. It seats around 500 people and has superb acoustic qualities providing the facilities for chamber music and symphony concerts. 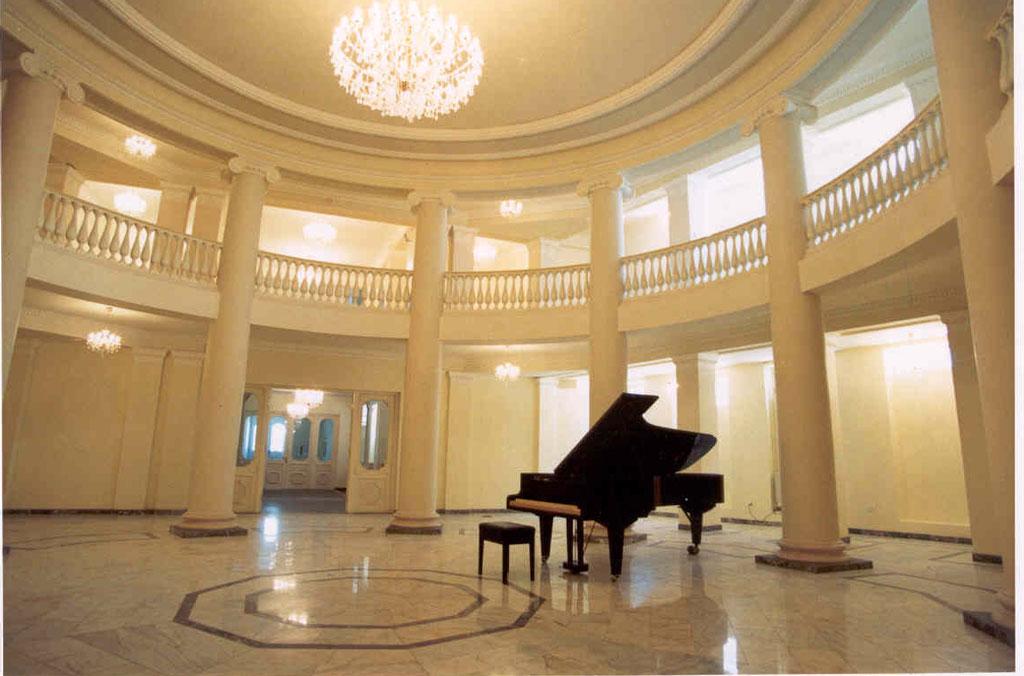 Its revolving stage and pit orchestra allow for opera performances. The hall prides itself on two Steinway concert grand pianos. It also has digital audio-recording studio facilities which meet all modern international standards. Since the day of foundation the concert life of Grand Hall is closely connected with educational process of the Tbilisi State Conservatoire and Philharmonic concerts.